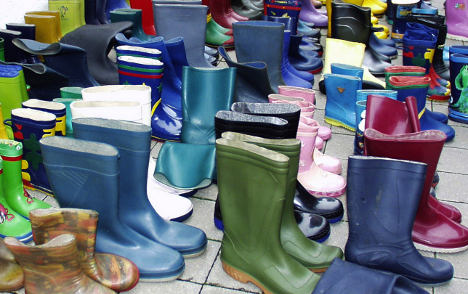 Fire crews raced to the warehouse in Heeslingen, Lower Saxony where they found the conflagration had been largely extinguished by the sprinkler system. But they had to call 25 ambulances to deal with people suffering from the stinky boot fumes.

“It didn’t burn terribly, but it stank terribly, a spokesman for the police told the Süddeutsche Zeitung on Friday.

Hospitals treated 50 staff from the agricultural machinery dealership, where the fire had broken out, while more people were treated on site. At least seven people were kept in hospital overnight after the fire on Thursday evening.