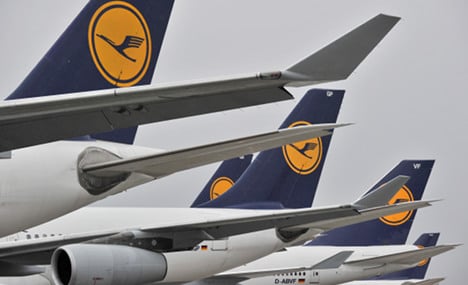 The pilot project involving some flights between Hamburg and Frankfurt “has had a positive result from which we want to continue to work,” the airline’s official in charge of the project, Joachim Buse, said.

But he said the airline would not take it further unless production of the fuel – a synthetic based on vegetable oil essentially using a plant grown in Indonesia – is stepped up.

“The objective is to arrive at a price (for fuel) on the basis of which we can work,” he said in a telephone conference.

Lufthansa will initially focus on cooperating with producer countries in Africa and Asia to stimulate production, for example by making commitments to buy certain quantities, he added.

Under the €6.6 million ($8.4 million) project, the airline ran four flights a day between the northern city of Hamburg and Frankfurt in the west with one of two engines running in part on biofuel.

The German government subsidised part of the project which resulted in the emission of nearly 1,500 tonnes less carbon dioxide over 1,187 flights.

It will officially end Thursday with a flight from Frankfurt to Washington.

Air Japan and Air New Zealand have already tested biofuels in their airplanes but Lufthansa has said it would be the first carrier to use it on a regular basis.