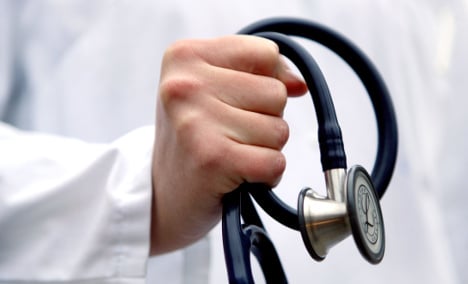 The Marburger Bund, Germany’s main doctor’s union, is pushing for a 6 percent raise in wages, better payment for on-call shifts and a reduction of these shifts to no more than four per doctor per month.

The union’s leader Rudolf Henke said 55 percent of doctors working in municipal hospitals take on between five and nine such on-call shifts each month. He said the employers were not being realistic and that hospitals had seen profits increase by 4.2 percent during the first three quarters of last year.

He said there would be no doubt about what the union’s wages commission would decide to do at its Tuesday evening meeting. The doctors voted on Tuesday morning 92.7 percent in favour of a strike.

Talks between the Marburger Bund and the association representing municipal employers, the VKA, collapsed in December over an offer of a gradual wage increase of 1.48 percent over 16 months and a one-off payment of €250. The union described it as a bad joke which would not even keep pace with inflation.

VKA manager Manfred Hoffmann said he was not surprised by the result of the vote and that he was ready to restart negotiations. “Now it is a question of how quickly we can get together again,” he said.

A strike could take place on January 26, but a date has not yet been fixed.