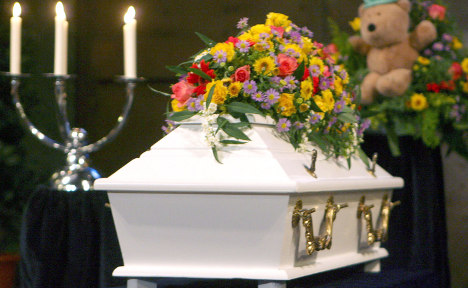 Of children aged between one and four who died in 2009, 22.5 percent died of injuries, while that percentage rose to 58.8 percent for those between 15 and 19 years old.

The 2009 data released by the Federal Statistics Office, Destasis, were the latest to be processed. They show that while infants are at high risk for fatal injuries due to domestic accidents and violence, adolescents are at the highest risk of dying from traffic accidents and suicide.

Of all the age groups, infants and toddlers have the highest risk of head injuries, burns, scalding and poisoning, the report showed, while boys over the age of one are at higher risk than girls for fatal injuries as well as injuries requiring hospital admission. Boys are even more at risk than girls the older they become due to the increase in traffic accidents among teenage boys.

“Two out of three of the infants concerned burned themselves because they grabbed hot liquids such as tea or coffee,” said Gabriele Ellsäßer, a doctor who works for the Brandenburg state health authority and wrote the report. “Many parents cannot imagine how badly a child can injure themselves with hot tea.”

She said particular risk was posed by irons and cookers as well as kettles which can tip over children or be pulled over by them. Deaths among babies due to such accidents had remained at a high rate, in contrast to other causes of death which had declined, she noted.

Babies are also at risk of dying at the hands of others – Ellsäßer said about a third of babies who died between 2000 and 2009 were victims of violence.

A few of the statistics related to the nationality of the children concerned. These showed that babies under one year old were nearly twice as likely to die of injuries of any kind if they were born to migrant children than if they were from German families, the statistics showed.