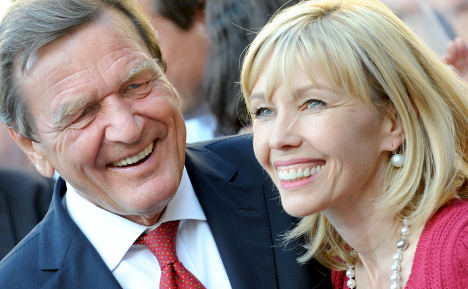 Doris Schröder-Kopf is a former tabloid journalist who last year was appointed to the supervisory board of department store chain Karstadt. She will run for her husband’s party, the centre-left Social Democratic Party (SPD).

She will have to first face down state parliamentarian Sigrid Leuschner for the party’s nomination to run, the paper said, adding that both candidates had already started introducing themselves to local groups.

Schröder-Kopf’s former employer, the Bild newspaper, said on Monday that she and Leuschner would be fighting for the SPD nomination to challenge the conservative Christian Democratic Union (CDU) for the Hannover-Döhren seat. The CDU hold it, having got 42 percent of the vote in the 2008 election – compared to the SPD’s 32 percent.

SPD lead candidate Stephan Weil, currently mayor of Hannover is obviously banking on Schröder-Kopf’s celebrity, Bild said – and suggested that SPD insiders had given Leuschner little chance of beating her, even though she has been in the state parliament since 1994.

Bild noted that should Schröder-Kopf get into the Lower Saxony state parliament, it could mark the start of a national political career – Labour Minister Ursula von der Leyen started her political biography there, as state social minister under then state premier Christian Wulff, who is now federal president.