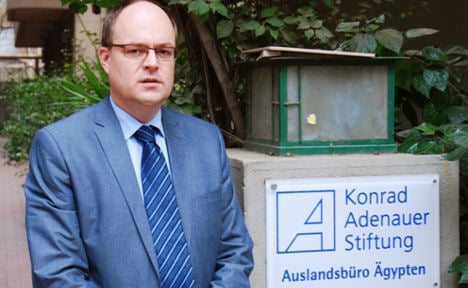 The computers and documents which were confiscated by Egyptian prosecutors will likely be returned next Monday, foundation chairman Hans-Gert Pöttering said in a statement.

Andreas Jacobs, head of the foundation’s private office, was questioned by Egyptian police for more than five and a half hours after the raid on the office.

On December 29, Egyptian security forces carried out raids on a number of international non-governmental organizations in Cairo, claiming that they were providing “political funding” to opposition forces in the country.

Egypt is still in turmoil after the fall of President Hosni Mubarak in February. The military, which holds interim control of the country while democratic elections are being held, has been internationally condemned for refusing to relinquish power to a civilian authority.