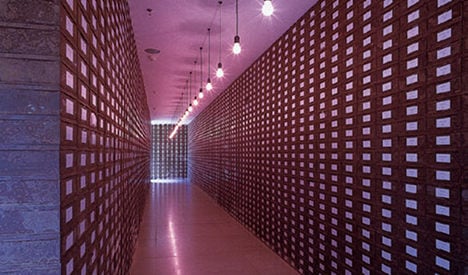 The display – a series of drawers featuring the names of the 4,781 MPs elected between 1919 and 1999 – has been largely ignored since its installation in 1999 when the lower house of Parliament, the Bundestag moved from Bonn to the Reichstag building in Berlin.

The period between 1933 and 1949 when there was no parliament is symbolised in the display by a black box.

The dents to Hitler’s drawer and its repair, reported by the Tagesspiegel newspaper, has ignited a debate over whether Hitler was really fairly elected – and whether the display should feature his name.

French artist Christian Boltanski told the Tagesspiegel that his work was intended to cause controversy.

It does not honour Hitler, but is meant to be a “reminder to take care of our democracy,” he said, adding that the damaged deserved to be repaired.

“Parliament is not the place to show beautiful flowers,” he told the newspaper, pointing out that the Nazis seized power through democratic means.

The 1933 federal election was marred by allegations of massive intimidation by Nazi supporters who oppressed rival politicians and “monitored” polling stations.

But, Boltanski said, he relied on the recommendations of historians as well as the Bundestag itself, to decide whether Hitler really was fairly voted into parliament.

Some politicians have, in recent days, expressed various views of the 1933 elections and the artwork’s merit.

Bundestag President Norbert Lammert has said in two speeches that the elections weren’t democratic, although he has so far left open whether the installation should be modified.

Socialist Left Party member Petra Pau agreed that the election had not been fair, although she said she supported repairing Hitler’s name because seeing it “immediately stimulates reflection and discussion” among visitors.

But Sven Schulz, a member of the centre-left Social Democratic Party said the damage should never have been fixed, calling the repairs “making Hitler pretty again.”

Boltanski told Tagesspiegel that he was open to modifying the display but had not heard from the Bundestag.