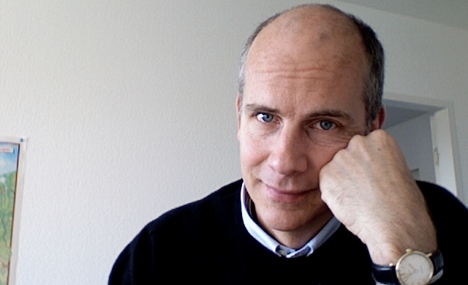 John Magee came to Germany for the history. He stayed for its business.

After coming to Germany from the United States decades ago because he was interested in its history, Magee ended up as one of Germany’s country’s most in-demand business consultants.

Today the 52-year-old is based Philadelphia and Bonn, where he runs his firm Culture Influences Business. It aims to teach big companies like Siemens, BASF or Dupont with operations in the United States and Germany how to handle cultural differences among employees.

Yes, he admits, Germans and Americans seem similar at first glance. They have a shared history and similar national traditions and heritage.

“But there are differences in how we communicate and work,” he told The Local. “We have to acknowledge those.”

Magee can speak with authority because for years he has been interpreting those differences for the highest echelons of German government and business.

Shortly after his 1981 graduation from Georgetown University in Washington DC, Magee came to Germany for an internship with the US Embassy in Germany before heading back home.

He had various telecommunications jobs over the following few years before deciding to return to Germany in 1988 – and staying. He improved his German, earned a Master’s degree with Berlin’s Free University and caught the attention of Christian Democrat officials, who hired him to work as an advisor on German-American relations from the West German capital Bonn.

“I had an incredible nexus of good fortune,” Magee told The Local, explaining how he worked directly with Wolfgang Schäuble, who is now Germany’s finance minister.

He went on to work for Siemens before establishing his own private consulting business in 2002.

Magee’s key skill is interpreting the subtle differences between how Americans and Germans approach business and helping companies work through them, through his own original seminars. He has also written a book about the subject.

Some of the common German-American differences are well-known: Americans tend to be more indirect in their management styles while Germans are more to the point. German business meetings are often rigidly structured while Americans tend to appreciate a more free-flowing, informal exchange of information.

The point, Magee explained, is not that everyone can be stuck into a neat cultural box, but that our background affects how we interact in the workplace and with each other in our personal lives. People can be saying different things even if they’re speaking the same language.

“These differences can create quite contentious situations before you even know they’re happening,” he said. “You get people fighting against each other, fighting about product designs, about different ideas.”

So what does it take to truly make it in Germany as a foreigner? Magee told The Local that expats needed to acknowledge that coming here closes doors in their home country. But it opens new ones too. To be truly successful, he said, you have to throw yourself all the way in. A couple of imperatives: learning the language and having a genuine interest in the country.

“You can’t really sink into another culture without completely leaving yours,” he said. “You have to have a sincere and authentic curiosity in the Germans.”