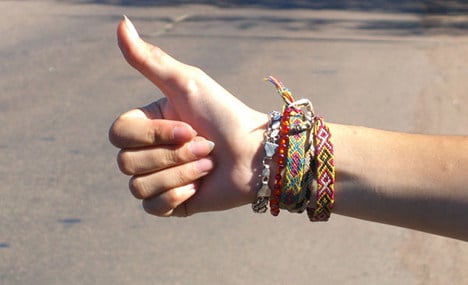 A survey by independent opinion research institute Allensbach showed 49 percent of the population was optimistic about the coming year compared to 17 percent who said they were anxious and 26 percent who were sceptical.

The outlook was slightly less sunny than one year ago, when 56 percent of Germans – a remarkably high share in the 63-year history of the poll – said they were confident about what the year would bring.

“But compared to previous years, the current number is also quite high,” Allensbach said in a statement.

“The real danger is not the crisis, but the cycle of fear that exacerbates the crisis,” Horx said, arguing that Europeans would survive the current financial turbulence. “We’re pulling together.”

He said it was natural for people to be fearful of the future, but added that reality was often different than perception. Things do not have to get worse, he said.

The Allensbach statement said, “the everyday life of Germans has remained largely shielded from global risks: unemployment is at the lowest level since reunification (in 1990) and the economic situation of consumers has remained steady or improved in the last few years.”

Germany has remained relatively unscathed by the eurozone crisis engulfing debt-mired states, with unemployment at 6.4 percent in November and economic growth for 2011 expected to reach three percent. A report from the Bank of Montreal this week said the country was the top performing among the world’s largest seven economies.

But most economists expect a downturn in 2012, with even the government forecasting growth of just 1 percent.