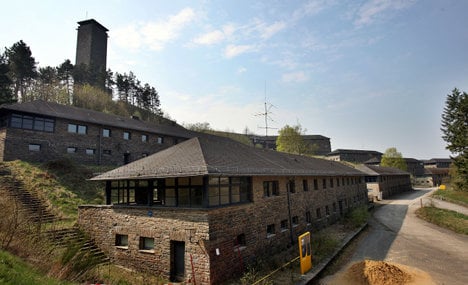 More than €32 million in government money will be invested in the Ordensburg Vogelsang project, which is to include several exhibition spaces on the history of the resort and the surrounding region, as well as a restaurant and welcome area by 2014.

Plans to open a youth hostel and a retreat building for young people have been scrapped for the time being due to funding issues, but officials said they still hope to see them constructed in the future.

They are also hoping the state funding is seen as a positive signal by potential private investors, though they admit its isolated location and dark past may be seen as deterrents.

Students there were usually the children of prominent party leaders who took part in intensive physical training and learned about Nazi ideals.

After World War II Belgium used it as a training facility until it was handed back to the Germans in 2005.

It has been open to civilian visitors ever since.