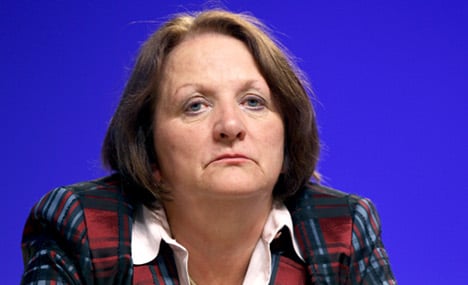 According to the Bild newspaper, the minister’s black Scottish terrier “Franzi” was being taken for a walk at a lake near Munich when the 54-year-old victim approached, fed the beast a treat then touched his tail.

She is demanding €6,000 compensation, according to Bild.

Leutheusser-Schnarrenberger’s office confirmed that an incident had occurred but said the minister hadn’t been the one walking Franzi and wasn’t there.

Lawyers say the monetary demands being made by the plaintiff would likely be considered unrealistic by the court and reduced to a few hundred euros.

Franzi is well known in political circles as a favourite companion to the justice minister. When he’s not in Berlin, he’s often in the Munich area being cared for by Leutheusser-Schnarrenberger’s friends.

The minister says he loves being petted and has never lashed out at others before.