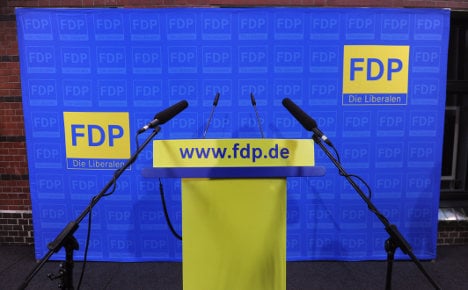 The new nadir in a Forsa survey for weekly magazine Stern and broadcaster RTL comes after Christian Lindner’s decision to abandon his post as FDP general secretary.

“The resignation has made FDP followers unsure and has triggered speculation about the party’s future,” Manfred Güllner, the head of pollster Forsa, told Stern.

He added that “rumours about an internal coup are doing the rounds; this all adds up and damages the party’s reputation.”

Some 50 percent of FDP followers questioned even agreed that the feeble figures were down to a lack of faith in the leadership, not the pro-business party’s core beliefs.

Although the FDP lost a percentage point of support in the last week, the party has hit the two-percent mark three times in 2011.

It has been a dire year for the Free Democrats, who are the junior coalition partner to Chancellor Angela Merkel’s conservatives. The party had hoped to revive its fortunes by ditching Foreign Minister Guido Westerwelle as party leader in May. But the new team around FDP chairman Philipp Rösler has been unable to halt its decline.

Elsewhere in the Forsa poll, the upstart Pirate Party is once again gaining support, rising two percentage points to nine percent. The Pirates gained seats in the Berlin state legislature in September, propelling them onto the national political scene.