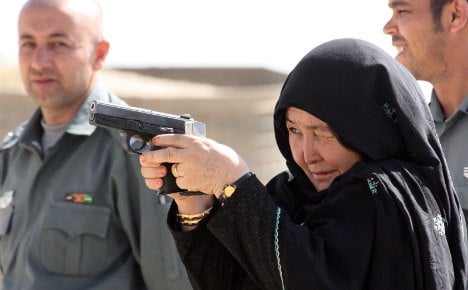 According to the website of news magazine Der Spiegel, the series will attempt to portray Afghan police in a new light: As courageous, smart and honest, in contrast to their current widespread perceptions of them as being corrupt and ineffective.

And in a country where women have traditionally been marginalised, it also will show investigators confronting crimes against women and demonstrating that they can serve as police officers.

One of the central figures of the new show, called “Commissioner Amanullah,” is Saba Sahar, a 37-year-old who is a well-known actress but also a real-life policewoman, according to Der Spiegel.

Currently there are only about 1,400 policewomen in Afghanistan’s 125,000-strong police force.

The show, which is slated to go on the air beginning next April is being sponsored in part by the European Union Police Mission in Afghanistan, which has been the focus of Germany’s efforts to help professionalise Afghan police forces.

The German Foreign Ministry is the main funder of the project, which is relatively cheap compared to similar shows in the US or Europe – it will cost about $14,000 (€10,600) per episode.