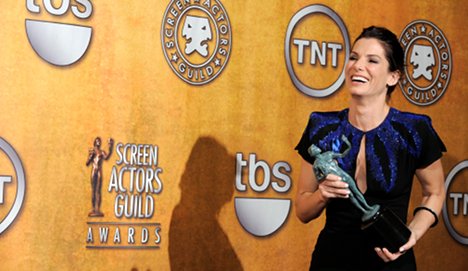 During an appearance this week on NBC’s “Tonight Show with Jay Leno,” the 47-year-old star of films like “The Blind Side” said she and accomplices have been smuggling the sausage into America ever since her German mother died in 2000.

“We break the law because we have to manage to smuggle German sausages into the country and apparently bringing meats across the waters is against the law,” Bullock said.

Although raised in the United States, the actress was born to a father in the US Army stationed in Nuremberg where he met Bullock’s mother, a German opera singer. As a child, Bullock became fluent in German and travelled to her mother’s performances throughout Europe.

On the “Tonight Show” she declined to explain how she smuggles the sausage – whether through the mail on her person – but said she has a need for a very specific type of meat for her Christmastime spread.

“It has to be from Nuremburg,” she said, likely referring to the famed Nürnberger Rostbratwurst. “They’re these little sausages that you just have shipped in and you fry them up with sauerkraut and potato salad but they have to be the right ones because they sell a lot that are imposters.”

According to US Customs and Border Protection, fresh, dried or canned meats cannot be imported into the United States.