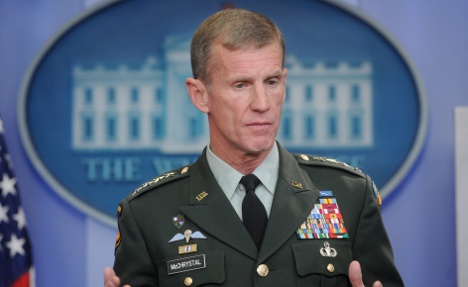 General Stanley McChrystal was in charge of US troops in Afghanistan when comments he made saying the army was unprepared for the war there, were published in Rolling Stone magazine, after which he was sacked.

Now he has been appointed as chairman of the board for the newly-created Siemens Government Technologies in Washington, the Süddeutsche Zeitung reported.

The move is part of Siemens’ strategy to try to double its $1 billion a year business with the US government by 2015, the paper said.

The United States is the most important foreign market for Siemens, with a turnover of nearly $20 billion in the country – but when it comes to public contracts, the German company is way behind American competitor General Electric.

The Süddeutsche Zeitung said Siemens was breaking with the unspoken convention that former soldiers or ex-politicians be employed discretely in order to avoid the impression that they were being hired for their contacts rather than skills.

But the appointment of McChrystal is a high-profile one because of his history.

He will join 300 other military veterans on the Siemens payroll – as well as First Lady Michelle Obama’s former spokeswoman Camille Johnston, the paper said.

The paper suggested that one reason for so many former soldiers to be employed could be the need in the US Defense Department for energy-saving technology, which Siemens could supply, while the idea of selling medical technology to American military hospitals is also attractive.

Siemens told the paper it was not employing McChrystal as a lobbying tactic – rather to “determine the possibilities for gaining new contracts.”