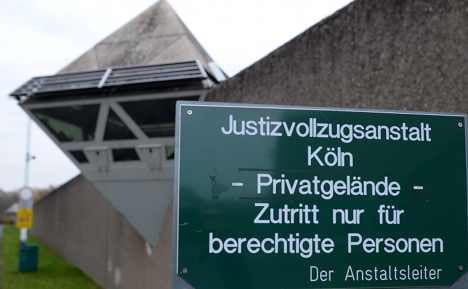 Zschäpe is in custody in Cologne awaiting trial. Wolfgang Stahl, one of her lawyers, told the magazine that he “cannot find any key evidence” from the investigation documents he’s received that link Zschäpe with the creation of a terrorist organization.

“Therefore we’re reviewing of course whether we’ll file an appeal for release,” he told the magazine.

The magazine said the neo-Nazis Zschäpe, Uwe Böhnhardt and Uwe Mundlos were already operating undercover when in 1999 they were prepared to make a deal with authorities in Thuringia. But the deal fell apart due to alleged resistance from prosecutors. Böhnhardt and Mundlos chose then to remain undercover.

But Zschäpe claims she continued to look for a way to come clean and was looking for a way to get in touch with authorities with the hopes of a reduced sentence. She sought legal advice from neo-Nazi NPD member Hans Günter Eisenecker. Stahl, her current lawyer, said Eisenecker advised Zschäpe not to seek a legal deal.

Böhnhardt and Mundlos were found dead, in an apparent murder-suicide in early November and Zschäpe turned herself a few days later.