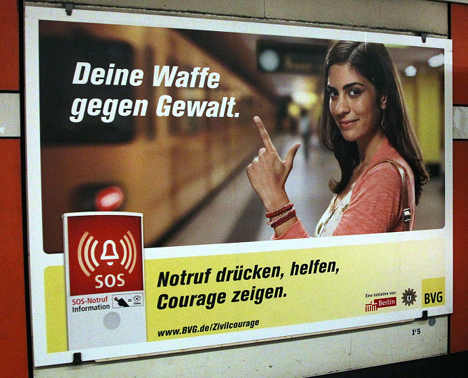 But this time other travelers intervened. In numerous previous attacks in the U-Bahn, few if any fellow travelers were moved to help victims of violence, Berlin police have complained.

The incident took place at 2:50 am on Saturday morning at the Wilmersdorf station in a fairly well-to-do part of the city. The police said the intervention on the part of two fellow travelers prevented the man from receiving further injuries. The attack was unprovoked, authorities said, adding they did not know why the four youths assaulted the man.

According to the police, the youths attacked the man, punched him, dragged him down a flight of stairs and started kicking him before two passersby threatened to call the police. The youths then fled, the police said. The injured man had to be taken to a hospital, where he received outpatient treatment.