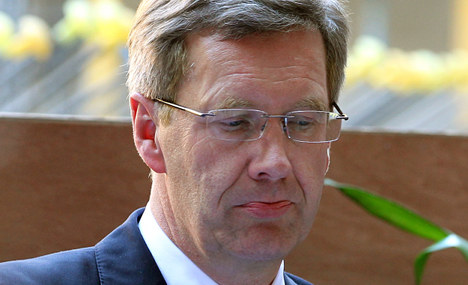 “I recognize that this could create a false impression,” he said in a statement on Thursday. “I regret that.”

Wulff’s statement follows two days of attacks on him from politicians and the media over the private loan. Critics said the affair demonstrates a lack of honesty and transparency.

According to the Bild newspaper, the wife of German businessman Egon Geerkens lent Wulff and his wife €500,000 in 2008 so the couple could buy a house.

But the then-state premier didn’t reveal the loan to parliamentarians when answering a question on his business dealings with Geerkens, among other people. He insisted that he had no business relations with Geerkens, a close personal friend, and that the loan was a private arrangement.

But after answering the question, Wulff went to a bank to replace the private loan with a traditional mortgage, Bild reported.

“I have nothing to hide,” Wulff said. He said that although the agreement with Geerkens’ wife was a “private contract,” it would have been better to reveal it to state parliamentarians.

Wulff said in his statement that public officials are called to observe a high level of integrity and responsibility.

“This is especially true for the office of president,” he said. “Upon assuming office I agreed to perform my duties faithfully and to practice justice toward all. I see this aspiration as a duty.”