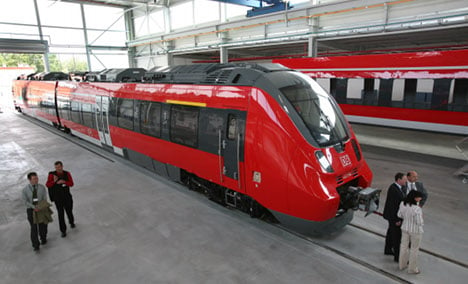 According to Cologne’s Express newspaper, 18-year-old Alexander Güldenring recently had nowhere to sit on a very full North Rhine-Westphalian Regional Express train, so he decided to sit on the steps.

But a Deutsche Bahn conductor told Güldenring that, although he had a valid second class ticket, the stairs he was sitting on were for first class customers only. That meant a €40 fine.

“She said she had to be tough, otherwise the first class customers would feel annoyed,” Güldenring told Express.

Güldenring told the newspaper that he appealed for common sense from Deutsche Bahn but officials only offered to reduce the fine to €20, but not dismiss it completely.

A Deutsche Bahn spokesman told Express that the fine was appropriate because the car was only for first class.

But Karl-Peter Naumann, a spokesman for the Pro-Bahn consumer rights organisation, said the incident was ridiculous.

“Legally this might be in order. But Deutsche Bahn really shouldn’t deal with its customers like this,” he said.

Güldenring has not yet paid the fine and is weighing whether to pay-up or challenge it in court.