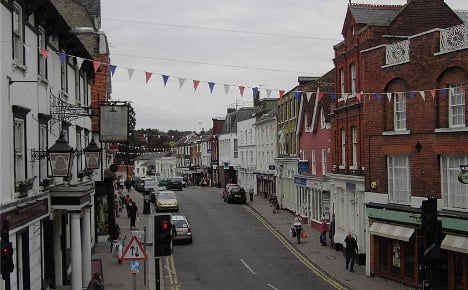 The Bishop’s Stortford council, dominated by councillors from Cameron’s Conservative Party, decided in September to end its 46-year twinning programme with both Friedberg, which is just north of Frankfurt, and the French town of Villiers-sur-Marne – because of its “lack of relevance.”

But the decision was only related to the towns, by letter, in late November, leading many to link the decision with Cameron’s veto against German Chancellor Angela Merkel’s fiscal union plan in Brussels last week, and a perceived rise in euro-scepticism in Britain.

But Councillor John Wyllie, Tory leader in Bishop’s Stortford, vehemently denies this. “This is the biggest non-story of the year,” he told The Local. “We just happen to have been caught up with the fact that Britain used its veto in the EU. That seems to have stirred it all up.”

Instead, he explained, all that’s happened is that the council will no longer have any involvement with the twinning committee – the mayor is no longer its chairman and there will no longer be any councillors on the committee.

If the actual partnership has not really ended, it certainly feels that way to Friedberg Mayor Michael Keller. “After 46 years the council has decided to end the partnership – with no explanation, no discussion with the partner towns, and no transparency,” he complained to Die Welt newspaper this week. “The partnership would’ve deserved a big celebration, not just a letter.”

According to Wyllie, the decision was taken because twinning was no longer relevant. “In a town of 35,000 people, why is there only a core of about 20 people in town twinning?” said Wyllie. “All I know is I’ve spoken to people in the town, and found a lack of interest in town twinning, so perhaps town twinning needs to re-invent itself?”

David Smith, chairman of Bishop’s Stortford’s twinning committee is very disappointed. “I’m mystified,” he told The Local. “I’m still lost as to the logic of this. I’ve seen what’s written, but it doesn’t hold water in my view. Maintaining Britain’s links with Europe, including twinning links, is fundamental to the UK economy.”

Smith doesn’t think that Bishop’s Stortford has become more anti-European. “In the council possibly, but how would I know that, since I’ve not been party to their deliberations?”

“I would’ve thought it’s a positive thing,” Wyllie told The Local. “Because we’ve removed politics from town twinning. The committee should be celebrating because now they have the freedom to find a way to become relevant again in today’s society.”