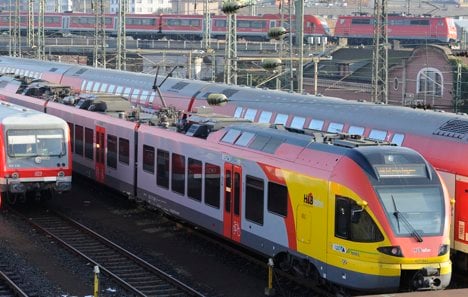 According to the TV documentary “Markt”, to be broadcast Monday evening, researchers found germs in almost all parts of a typical Deutsche Bahn railway carriage.

When confronted with the results of the tests, the rail operator told NDR that the trains are “cleaned regularly and in several stages. Within the framework of our quality control, we continually check our cleaning process.”

Deutsche Bahn added that almost all the germs found in a normal human environment are not dangerous.

They tested toilet flushes, water taps, door handles, grips, arm-rests and seats. In 50 of the 70 samples, the researchers found “substantial, in some cases massive growth” of bacteria and germs.

The dirtiest trains were the ICEs, which showed a particularly high build-up of germs. “What you see here doesn’t really convince you that they are being thoroughly cleaned,” said Wolfgang Streit, from the Institute of Microbiology and Biotechnology at the University of Hamburg.

One ICE train, travelling to the western German town of Kiel, was even carrying a staphylococcus bacteria, which is resistant to antibiotics.