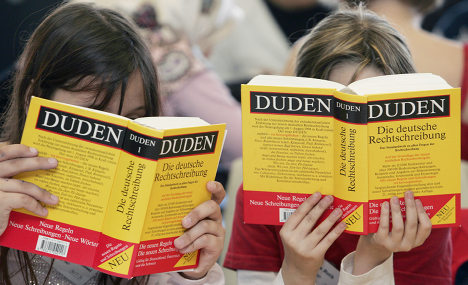 The trendiest German word used by young people this year is “Swag”, defined as “enviable, casual-cool charisma” or a “charismatic, positive aura,” according to a jury of young people and journalists appointed by Langenscheidt.

It is the first time in four years of choosing the “Youth Word of the Year,” that the winner can be traced back to an English word – in this case the word swagger.

But Holger Klatte, a spokesman at the Verein Deutsche Sprache told The Local that after conducting his own independent research he was “very sceptical” that German young people would use the word at all.

In any event, he said, it was evidence that some in society were using English to the detriment of good German, even if it did not make sense to do so.

“The pick is a symptom of what’s happening in our society, that young people are seeing English as trendy,” he told The Local.

“It is a very big problem. But I don’t think this choice is very representative of how young people are talking anyway.”

The Verein Deutsche Sprache has been at the forefront of Germany’s growing movement to promote more robust use of the national language, although the organisation has no legal authority.

It has previously criticised major companies such as Deutsche Telekom for using too many English words for its products and services, despite German words and phrases being available.

Langenscheidt’s annual “Youth Word of the Year” is supposed to identify the trendiest and hippest term coined by German youth over the course of the year.

After an internet vote open to the public, the jury makes its final selections based on originality and creativity, among other factors. Previous winners have included “hartzen” (to be unemployed – derived from Hartz IV jobless benefits) and “Gammelfleischparty” (a party for people over 30).

3. Guttenbergen (to plagiarize or crib – derived from disgraced former Defence Minister Karl-Theodor zu Guttenberg who resigned after it emerged he had copied large parts of his doctoral thesis)

5. Googeln (to search or look up something)