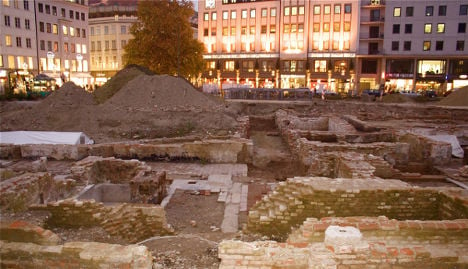 These days, throwing unwanted objects into your toilet can clog it, but 11th-century Bavarians apparently weren’t bothered by such concerns.

An archaeological dig behind Munich’s Marienplatz square has unearthed a medieval latrine full of items dating back a thousand years. The discovery “astonished” Dr Barbara Wührer, who was hired by railway operator Deutsche Bahn to excavate the area covering the size of a football pitch in the oldest part of the Bavarian capital.

While the dig continues, Wührer is in charge of documenting the findings. When it’s over, Deutsche Bahn will begin to dig tunnels 40 metres underneath the Marienhof for a new S-Bahn commuter train line.

Before they start tunnelling, however, Wührer and her team are painstakingly digging away layers of earth, mortar and history on the square. During the Second World War, bombs annihilated the Marienhof, once a densely-built part of central Munich. Afterwards, the area was not rebuilt. It went through several incarnations, from car park to information centre during the 1972 Olympic Games. After a previous archaeological dig from 1989-1990, the square became an open green park.

The current excavation began in April of this year. Amongst the first things the archaeological team uncovered were the remains of books in what had been a city library. The heat generated by the bombing had blackened and charred the volumes “like toast,” said Wührer. The team have since dug beneath the wreckage of the Second World War and have reached “the cellar area of the Middle Ages” – or approximately a millennium back in time.

As the findings testify, this central part of Munich had undergone many transformations through the centuries. A building on the Dienerstraße at the eastern side of the square went through several proprietors in the 19th century as a luxury hotel, and at one point housed the Munich stock exchange for a number of years. In the 1930s, it became an administrative area for the Nazi government.

Even earlier on, a synagogue or house of prayer on the now non-existent Gruftstraße dating to 1380 attracted many Jewish residents. It wasn’t a ghetto, said Wührer, but became Jewish neighbourhood because of the synagogue. The Jewish residents endured persecution, particularly a night of violence in October 1285, only to be ousted permanently in 1442 by Duke Albrecht III. The Judengasse became the Gruftstraße, and the duke’s personal physician Johannes Hartlieb got the house next to the synagogue, which he rebuilt into a church.

The excavation has also yielded some informative surprises in the form of two well-preserved latrines. “They can give us a glimpse of daily life for people back then,” explained Wührer. “People threw their waste into the latrines.”

In one toilet they found a large amount of leftover pieces of leather. When they consulted old tax ledgers from the 15th century, they discovered that three shoemakers were mentioned by name as living in that area. And when they needed to dispose of waste leather, they dumped it in this latrine.

The archaeological team unearthed an even earlier toilet in September. It dates back to about 1260 and contained a great deal of discarded ceramics. When they examined the contents more closely, they found a piece of broken crockery dating back to the 11th century, a hundred years before the first written record of the city. Earthenware doesn’t tend to last that long, according to Wührer, so the shard must have been lying about in the area and was then discarded into the latrine.

The archaeological team have until next April 2012 to bring artefacts from Munich’s long history to light. After that, the Deutsche Bahn will continue with further preparation for the new S-Bahn line, such as relocating all the pipes and electric lines criss-crossing the area before digging through it. The cost of building the new line is estimated at €2 billion.

In the meantime, Wührer said, they will keep looking deeper for whatever they might find. When the dig is over, the specimens they turn up will go to the Bavarian State Office for Historical Preservation. Then the layers of Munich’s history will be covered over once more.

Rather than regret the disappearance of what her hard work has brought to the public eye, Wührer regards her profession and situation philosophically. “As an archaeologist, I know that when I excavate, I’m also destroying things,” she said. 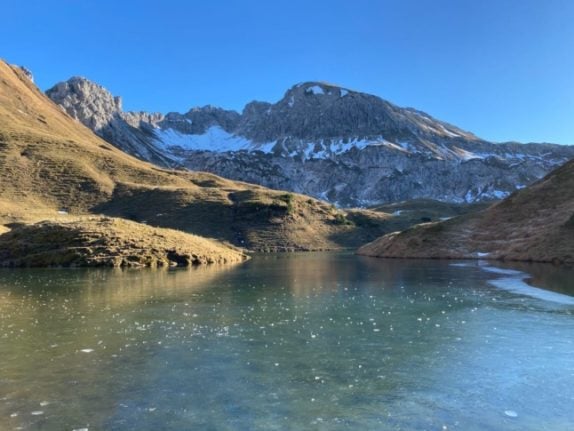