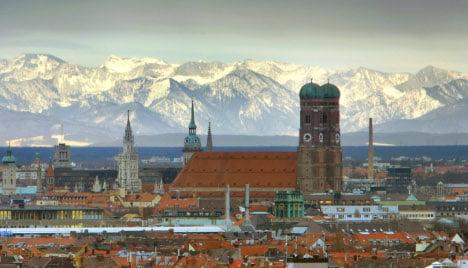 The annual Quality of Life Survey, put out by the Mercer consulting firm, ranked the cities fourth, fifth and seventh, respectively, among 221 of the world’s major cities. Hamburg (16), Berlin (17), Nuremberg (24) and Stuttgart (28) were the other German cities to crack the top 50. Leipzig came in at 61.

“The German cities are all very close together and the differences are, except for with Leipzig, are minimal. Overall, Munich is slightly ahead in comparison to the rest of Germany due to outstanding sports and leisure facilities and the high quality of living,” said Petra Lück, a Mercer expert who worked on the study.

Last year Düsseldorf came in at sixth and Frankfurt and Munich tied for seventh.

Austria’s capital Vienna was named the city with the highest standard of living in the world, while Baghdad, Iraq has the lowest, according to the survey.

European cities dominated the top of the rankings and three Swiss cities – Zurich, Bern and Geneva – were in the top ten. No cities in developing countries were in the list of the top 50. The only countries represented from outside Europe, North America and Oceania were Singapore and Japan.

Six of the 10 worst cities to live in were in Africa, including Bangui, the capital of the Central African Republic, Khartoum, Sudan and Brazzaville, in the Congo.

To calculate the results Mercer said it took 39 different factors into account, including political stability, the availability of recreation and educational standards.

The purpose of the survey, according to the company, is to help companies compensate their employees fairly when placing them in international assignments. It recommends increased pay for those placed in hardship posts.

The company also rated the relative safety of cities this year, with Luxembourg coming on top. Frankfurt, Düsseldorf, Munich and Nuremberg were tied for the 11th spot.

Mercer’s cities with the highest quality of living