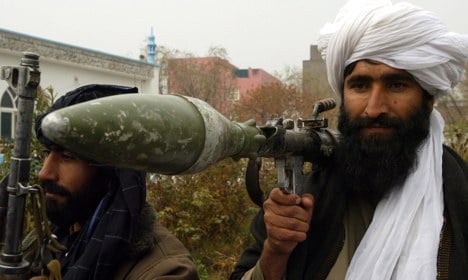 Foreign Minister Guido Westerwelle and Defence Minister Thomas de Maiziere told the Bild am Sonntag newspaper that negotiations with the Islamist militant group was the only realistic option for lasting peace.

“Reconciliation does not happen among friends but rather between erstwhile opponents,” Westerwelle was quoted as saying. “That is what we need to work on instead of speculation about who might not be ready to reconcile.”

Germany has the third largest contingent of foreign troops in Afghanistan but had long rejected proposals to include the Taliban in peace negotiations.

Westerwelle, who will host ministers from more than 100 countries in the western city of Bonn on December 5 to discuss the future of Afghanistan after the withdrawal of NATO troops in 2014, said there was no guarantee of success. “But all agree that it must be tried,” he said.

The West “cannot simply say, ‘You are evil, we won’t negotiate with you’,” added de Maiziere.

“We cannot exclude everyone from the inner-Afghan reconciliation process who once had a sword in his hand,” he said. Only when “a sufficient number of important groups” take part will the peace process have a chance of working.

Westerwelle said the war in Afghanistan could not be won militarily.

“After 10 years it is obvious that in Afghanistan, there can only be a political solution, not a military one,” he said.

Taliban fighters frequently attack convoys supplying NATO troops in Afghanistan and neighbouring Pakistan, as part of a 10-year insurgency against the western-backed Kabul government since US troops toppled their regime in 2001.

This month, Afghan elders backed talks with Taliban who renounce violence, despite the assassination in September of peace envoy Burhanuddin Rabbani which officials blame on insurgents.

De Maiziere said Berlin would keep troops in Afghanistan after the NATO pullout at the end of 2014, to focus on the training of local forces.