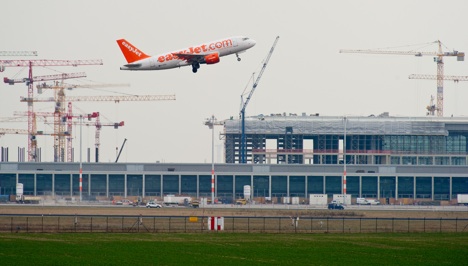 One thing is sure, said Manfred Körtgen, the head of Willy Brandt Airport said. The date will not be rolled back, Der Tagesspiegel newspaper reported on Saturday.

Körtgen said the airport is undergoing a massive series of tests and checks to make sure it can handle the traffic, luggage and passengers on the first day.

Located in a southeast corner of Berlin, the airport is currently the largest construction site in eastern Germany and has 5,500 workers hammering and digging away to get it ready. Practice run throughs will take place on Tuesdays and Thursday, Körtgen said.

Beginning in February, thousands of volunteers will play the role of passengers and help airport officials figure out what works and doesn’t.

The new airport has come under extensive criticism – and been the subject of many protests – by neighbours fearing noise and pollution problems.

The airport has a capacity of 27 million passengers per year and officials are expecting 23.5 million already in its first year.