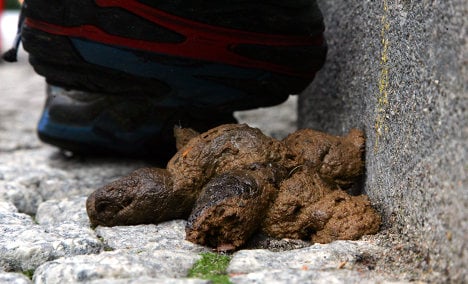 The poop attacks – more than 40 in all – have left Deutsche Post, police and mail recipients alike upset as they have to deal with conveyor belts clogged up by faeces and handle stinky letters.

While it was initially thought that the miscreant was using dog poop, it has now emerged that he or she may be dropping their own stool inside mailboxes as well.

“It’s annoying but we really can’t say more about it. We don’t want to encourage him,” a Deutsche Post spokesman told The Local earlier this week.

According to the Süddeutsche Zeitung the errant stool began showing up this summer around the Munich area and has caused thousands of dollars in damage and much aggravation.

Deutsche Post has had to reassign workers to clean mailboxes and shut down parts of mail distribution centres because the faeces was clogging up this system, the Süddeutsche reported.

Some mail became so poop-covered that it had to be destroyed. Deutsche Post has offered a €4,000 reward fund for information leading to the culprit.

Police have declined to speak in depth about their investigative tactics, but they said the culprit could face five years in prison for causing damage and public disorder.