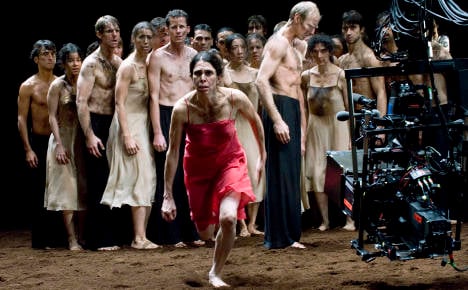 The experimental film about the late German choreographer Pina Bausch – largely told through performances of her work by her dance troupe, was put up for best foreign language film earlier this year. Now it is also in the running for a documentary Oscar.

The film, which hit German cinemas in February, is a mix of dance, interview and performance on the streets of Wupperthal, home to Bausch’s troupe.

She had been involved in planning the film with Wenders, to take advantage of new 3D technology to create something new with dance and film. She was going to appear in the film – but died suddenly, just before the start of filming.

Wenders and her troupe decided to continue the project and make into a celebration of her work.

It has already won a string of prizes including the German Film Prize documentary award.

The Oscars will be presented on February 26.