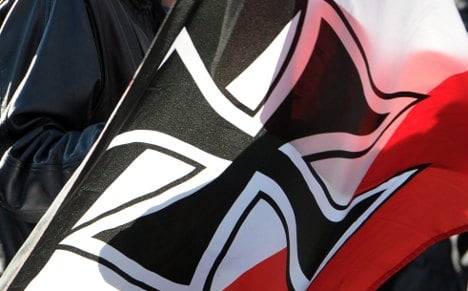 Harald Range, who was sworn in as the new head of the country’s prosecution service just this week, said further suspects were being investigated – other than Uwe Mundlos and Uwe Böhnhardt who killed themselves, and their close companion Beate Zschäpe, as well as Holger G., said to be a supporter.

The Süddeutsche Zeitung reported Range’s comments on Friday as he met in Berlin with the interior and justice ministers from all 16 states as well as their federal counterparts. At a crisis meeting, they discussed what lessons to learn from revelations about how the cell managed to operate for more than a decade.

Asked whether there were more suspects involved in self-styled National Socialist Underground (NSU) who hadn’t been publicly revealed yet, Range replied, “Two plus two.”

It is thought that surveillance measures are already in place as part of the investigation of the other suspects, the Süddeutsche Zeitung reported.

The group is said to have killed eight Turkish-German and one Greek-German shopkeepers as well as a policewoman between 2000 and 2007, while a nail bomb attack in Cologne is also thought to have been their work. Other attacks with xenophobic characteristics are being examined to see if they are connected to the NSU..

Interior Minister Hans-Peter Friedrich announced on Friday that not only would a central register of far-right extremists be introduced, but a centre would also be established to coordinate police and intelligence services fighting neo-Nazi violence.

And Justice Minister Sabine Leutheusser-Schnarrenberger told the Süddeutsche Zeitung she was seriously considering how operations could be reformed in the national domestic intelligence agency, the Verfassungsschutz as well as the 16 state controlled agencies..

Rather than 16 state offices, “one could also consider three or four,” she said, arguing that the current system had failed.

“The whole alarm system against the far-right failed to function,” Leutheusser-Schnarrenberger added. “We have a scandal that is expanding.”

She said that it was incredible that the NSU had managed to kill people for more than a decade.

“32 state police and intelligence agencies did not manage to stop a series of far-right murders,” she said.

Politicians had “obviously underestimated” the dimensions of far-right extremism, she said, while criticising what she said had been a doubling up of responsibilities and a lack of efficiency.

Head of the Federal Police (BKA), Jörg Ziercke contradicted reports that the NSU had compiled a “death list” after investigators said on Wednesday they had found an 88-strong list of politicians and minority representatives in the rubble of the NSU-occupied flat in Zwickau, Saxony.

He said a list dating from 2005 with more than 10,000 names and addresses had been found in the flat, but insisted that it was not a death list – although he said it could have served as a kind of planning aid in deciding on murders carried out in the years after it was compiled.