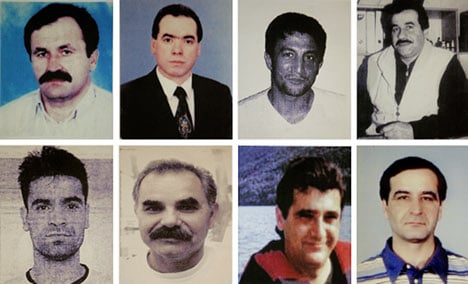 For years, German police struggled to solve the killings of nine shopkeepers with immigrant roots.

Derisively dubbed the “Döner (Kebab) Murders” because the victims included eight Turks and one Greek, the bumbling authorities assumed they had somehow been involved in a foreign criminal underworld rather than victims of wanton neo-Nazi violence.

But that all changed last week when it emerged that they had actually been brutally slain between 2000 and 2006 by a far-right terror group calling itself the Nationalist Socialist Underground (NSU).

The revelations – and how German society has reacted to them – have left millions of people with immigrant heritage wondering just how safe they are and if average Germans even care.

“In the last few days the discussion has been very technical,” Kenan Kolat, head of a leading Turkish community organization, told The Local this week.

He said the country’s politicians, media and the police at first seemed more interested in the damage to Germany’s reputation than those murdered and their families. “Society needs to have a discussion on the issue of racism in light of what’s happened,” Kolat said.

While German security officials have been largely interested in the threat posed by Islamist terrorists in recent years, minority organizations like Kolat’s have long warned that their communities are under daily threat by far-right extremists. But their concerns fell too often on deaf ears.

In fact, after the role of neo-Nazis in the “Döner Murders” was revealed, it was only Germany’s Jewish community – which has expressed similar concerns – that immediately offered its solidarity, Kolat said.

Dieter Graumann, president of the German Jewish Council, on Thursday said the moniker used was symptomatic of the broader xenophobia in German society.

“This wasn’t about destroying döner kebabs, a fascist killer commando butchered people,” said Graumann in a statement, adding Germany was staring into “abyss of right-wing extremism.”

Anetta Kahane from the Amadeu Antonio Foundation, which works against right-wing extremism, said regular Germans have tended to underestimate the threat from xenophobia groups.

“There is a deeper problem in German society with attitudes toward immigrants,” she told The Local. “These are victims of right-wing extremism and they should be treated as such. Yes people talk about it, but not enough is being done.”

According to research by Der Tagesspiegel and Die Zeit last year, the number of deaths caused by far-right violence has been vastly underreported. The two newspapers estimated there were nearly 150 killings by right-wing extremists between 1990 and 2010, far below the official count of 47.

In recent days, a sense of anger and frustration has permeated the Turkish-German and other minority communities in the corner cafes, squares and on street corners where they’ve discussed the NSU murders.

Many are asking themselves: How could this have been allowed to happen in a country like Germany? And why didn’t anyone seem to care?

Bahir Asker, a 34-year-old Turkish construction worker, said he’s told his wife and 10-year-old son to be particularly careful while even doing basic errands like going to the store, lest they be targeted by far-right extremists.

“I feel unsafe, I don’t know what the government has been doing to protect my family or me,” said Asker, who immigrated to Germany as a teenager, outside a metro station in Germany’s multicultural Neukölln neighbourhood.

“Who knows if this could happen to them?” he asked. “And who knows if anyone will care if they are attacked?”

Nearby, Farid Azizi, a 25-year-old immigrant from Iran, told The Local that conspiracy theories had been spreading through minority communities over the last few days. Some even think German government agents committed the slayings. Others simply believe right-wing officials tried to cover them up.

“We’re angry, we’re afraid for our future here,” he said.

It’s not yet clear whether the recent gestures like German President Christian Wulff’s announcement he would meet with the families of the NSU murder victims can assuage minority concerns. Particularly in parts of economically depressed eastern Germany, neo-Nazis have attempted to create “no-go zones” for foreigners.

Kolat told The Local that the whole episode had been a sobering experience and that it would take time to restore the Turkish community’s trust.

“There’s a feeling of pressure in the community, a very bad feeling,” he said.