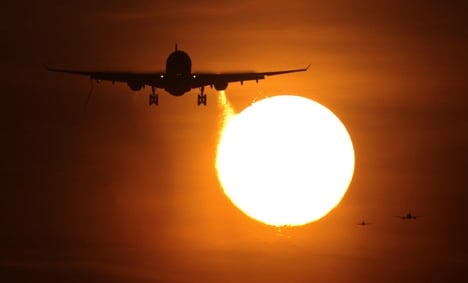 Prof Mojib Latif from the university’s Leibniz Institute for Marine Sciences told Deutschlandradio Kultur he had seen the United Nations report on extreme weather due to be published on Friday and that global warming could have enormous effects.

“Our whole way of life might be totally turned on its head,” he told the radio network.

Weak, old and sick people would be badly affected by the increase in temperatures during the summer, when rivers might begin drying up making it difficult to cool power stations, Latif said.

“The trends that we are seeing today already would continue,” he said.

The United Nations report to be released on November 18 predicts a range of catastrophes, according to the AFP news service, which saw a summary of its conclusions. It says global warming is likely to increase average temperatures by between two and possibly five degrees in the coming 90 years.

This will increase droughts around the world, including in central Europe, North America and southern Africa and also warns that warming oceans will make cyclones more powerful, the AFP reported.

Germany has been a leader in trying to tackle climate change but has struggled come to agreement with major greenhouse gas emitters like the United States and China.

This summer Chancellor Angela Merkel said time was running out to try to stop global warming.

“A number of countries announced (in the wake of the 2010 Cancun summit) voluntary measures, but these will not suffice to reach our objective,” Merkel said. “We also need measures, targeted measures, and if possible treaties that are legally binding. That’s what will be difficult. But in any case, time is running short as the Kyoto Protocol is soon to expire,” she added.

The Kyoto Protocol, which sets binding targets for decreasing greenhouse emissions is set to expire in 2012.