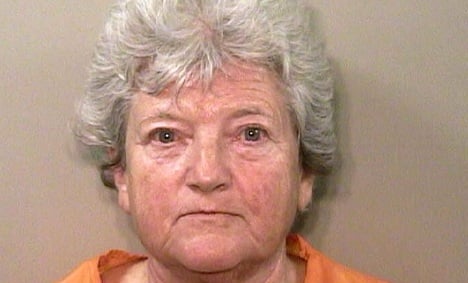 Marianne Bordt, 72, from Baden-Württemberg, has been treated in the forensic psychiatry unit of the Florida State Hospital so she is well enough to face court, the Stuttgarter Zeitung reported on Thursday.

Although the German government has applied for her extradition and hopes to try her under German law, discussions with the American authorities are ongoing, the paper said. If she is convicted of first-degree murder in Florida she is likely to be sentenced to death. Florida has executed 69 people since 1976, while nearly 400 are held on death row there.

Numerous psychologists have examined the woman since her arrest in January 2010. Although they were initially unanimous in saying she was so emotionally stressed that she would be unable to follow a trial, now the doctors treating her say she is capable of doing so. This is disputed by the two experts commissioned by her defence lawyers.

They also say that the woman from the village of Nufringen, who speaks no English, would have great difficulty understanding what was happening in a trial – although her carers in the psychiatric unit are said to be helping her prepare to deal with English-language materials.

Bordt had travelled with her husband to Roswell, Georgia, to spend the 2009-2010 New Year with their daughter and five-year-old grandson. The grandparents then took him for a holiday to St George Island in Florida. It is alleged she drowned him in a bathtub of the holiday home while her husband was out shopping on January 5, before trying to kill herself.

She had said she could not bear that fact that her grandson was growing up in a broken family – his mother and American father were divorced.

Film of Bordt crying and looking very confused during pre-trial hearings have been posted on the websites of local newspapers.

A spokeswoman for the German Justice Ministry told the Stuttgarter Zeitung that attempts to extradite Bordt to Germany for trial were continuing.