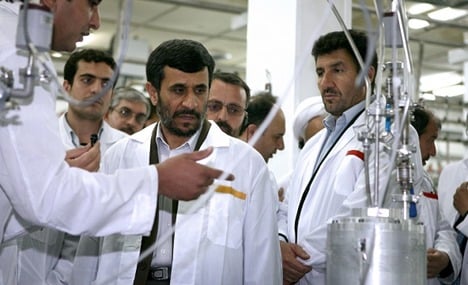 He added that discussions with European partners and allies were underway, although he ruled out any military response.

The International Atomic Energy Agency said it had “serious concerns regarding possible military dimensions to Iran’s nuclear programme,” prompting Tehran to insist it would “not budge an iota” from its nuclear path.

US Republican hawks demanded “crippling” economic retaliation, while a senior US official cautioned that the report did not offer definitive answers about the current state of Iran’s alleged drive for nuclear bombs.

“We don’t take anything off the table when we look at sanctions. We believe there is a broad spectrum of action we could take,” a senior US official said on condition of anonymity.