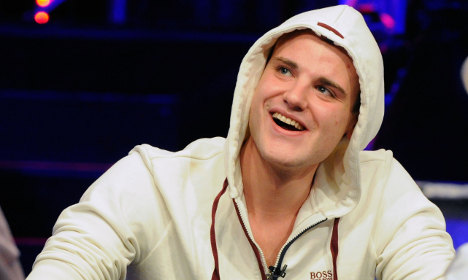 Heinz had to battle his way through an initial field of 6,865 players from 85 countries in the $10,000 Buy-In No-Limit Texas Hold ‘Em scrum, held over 12 days in the US gambling mecca of Las Vegas last summer.

Heinz arrived at the finale ranked seventh out of the final nine players but gradually edged out the others, including 2011 “Player of the Year” Ben Lamb, an American who “busted out in shocking fashion” Tuesday night, WSOP said.

Heinz then battled top-ranked Czech player Martin Staszko to a final hand in which the German won with an ace-king, walking away with more than $8.7 million, followed by Staszko with $5.4 million and Lamb with $4.0 million.

Players from Belize, Britain, the Czech Republic, Germany and Ukraine outnumbered Americans making the cut last July to compete in this week’s finale, reflecting the growing global popularity of the game.