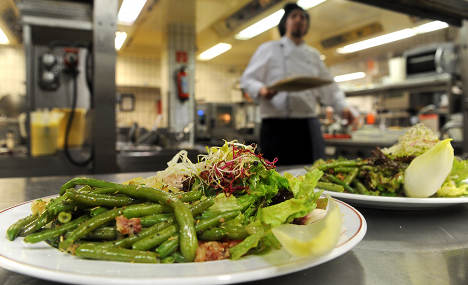 Overall, German cuisine is improving, according to the guide. In the last edition there were 239 restaurants with at least one star, compared to 249 this year.

But that is little consolation for Nils Henkel in Bergisch Gladbach, who saw his top-rated restaurant drop from three stars to two this year – a devastating blow in the ultra-competitive restaurant industry.

The French guide, which has been rating restaurants since 1926, is so famed that its restaurant ratings that can make or break chefs’ careers.

A restaurant given a top mark of three stars often becomes a destination for gourmands searching for the best in fine cuisine – there are currently nine of those in Germany.

But those who see their rankings drop can be devastated. In Henkel’s case, his restaurant, the Schlosshotel Lerbach, said it would continue to “stand fully behind” him.

Though Henkel may be disappointed, Thomas Bühner the head chef at La Vie restaurant in Osnabrück said he was overjoyed at getting a coveted third star this year – the only restaurant in the country to be newly awarded that honour.

“I was speechless when I got the message,” the 49-year-old said.

“I called my wife and we decided to first have a quiet evening in and let it all sink in.”

Baiersbronn in the country’s Black Forest region is the only town in Germany with two restaurants that have scored three stars.

The Schwarzwaldstube restaurant’s head chef Harald Wohlfahrt has the country’s record for holding three stars for the longest period of time – 20 years.