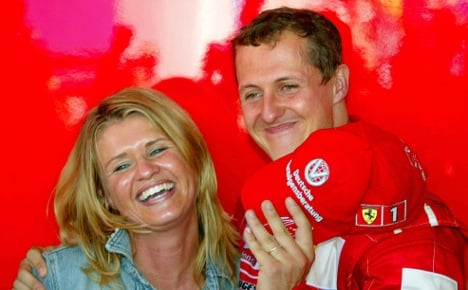 The 42-year-old has lived in Switzerland for the last 15 years and has settled with wife Corinna and his two children on the shores of Lake Geneva, despite being born and raised in Germany.

“The fact that Switzerland is clearly the only home I have is probably because I left home when I was very young and have spent a lot of my life abroad,” Schumacher told Swiss newspaper the Neue Zürcher Zeitung.

“Home is where we feel happy – and that’s just on Lake Geneva.”

Schumacher’s comments did not go down well in Germany with daily newspaper Bild publishing the headline: “Schumi, what should we take this to mean?” -although it also provided the explanation that he saves several million euros in tax by being there.

Germany’s current world champion Sebastian Vettel of Red Bull also lives in Switzerland, but last month he celebrated in his home town of Heppenheim, near Frankfurt, after winning the 2011 Formula One title.

Schumacher, who won the last of his seven world titles in 2004, spends around 20 days a year in Germany, according to his manager, and owns a go-kart centre in Kerpen, while co-owning another in Mannheim.

But Schumacher insisted he is a proud German, and when Bild asked if had any plans to change his citizenship in the future he said, “rubbish! Of course I’m German, I have a German passport, and I look forward to it every time I come to Germany.”

Schumacher is currently eighth in the drivers’ table with 70 points, 304 behind Vettel, who has 11 victories from 17 races so far this season with the Abu Dhabi and Brazilian Grand Prix races to take place later this month.