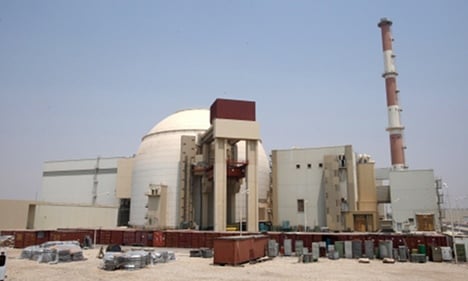 A foreign ministry spokesman said ahead of the report from the UN atomic watchdog, which diplomats say contains fresh evidence of an Iranian nuclear weapons drive, that Berlin remained suspicious of Tehran’s plans.

“It is clear to us that if this report should show that Iran has still taken no credible measures to fulfil its international commitments with regard to the transparency of its nuclear programme, then the German government will call for greater political and diplomatic pressure so Iran will fulfil its international commitments,” the spokesman, Andreas Peschke, said. “That remains for us the decisive way to contend with this danger to regional and international security.”

Asked about a warning by Israeli President Shimon Peres Saturday that an attack on Iran was becoming “more and more likely,” Peschke said Berlin understood what prompted the comments but declined to be drawn on the prospect of Israeli military action against Tehran.

“The concerns and fears (over Iran’s nuclear programme) were expressed in the Israeli president’s remarks at the weekend,” he said. “The question is how we deal with this threat. Iran must once and for all clear up these concerns.”

The intelligence update by the UN body, the International Atomic Energy Agency (IAWA), expected to be circulated Tuesday or Wednesday, will focus on Iran’s alleged efforts towards putting radioactive material in a warhead and developing missiles.

One Western diplomat told AFP it would provide “an extensive body of evidence” that Iran is pursuing a drive to build a nuclear weapon.

Western envoys hope the new IAEA report will help convince other countries to pile more pressure on the Islamic republic, which has been hit with four rounds of sanctions by the UN Security Council.

Germany is one of six world powers locked in years-long negotiations with Iran over its nuclear programme, which it insists is solely geared toward meeting its civilian energy needs.