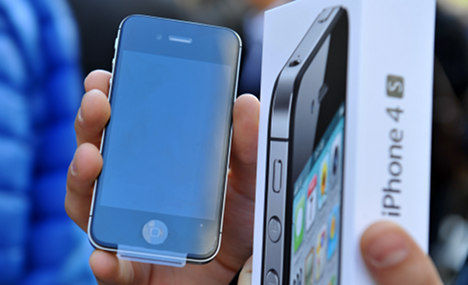 In a statement to the tech blog theverge.com, Apple said that the ruling, issued on Friday by a court in Mannheim, was simply a “procedural issue,” that “does not affect our ability to sell products or do business in Germany at this time.” The court made the default decision after Apple did not attempt to debunk Motorola’s patent infringement claims.

Apple did not immediately respond to a request for comment by The Local and Apple’s internet store in Germany was still selling its products on Monday.

The ruling stems from a long-running patent dispute between Apple and Motorola over mobile technology. Apple has been aggressively defending its technology, even succeeding in having some competing Android devices temporarily banned in Germany earlier this year. Motorola is currently in the process of being purchased by Google, which makes the Android operating system.

But a ban in Germany, which is Europe’s biggest electronics market, could be devastating for the company, especially if it is accused of violating the ruling which could result in fines of €250,000 per violation.

It is not yet clear, however, whether the ruling applies directly to Apple Germany, which is a subsidiary of Apple Inc., and commentators were offering different viewpoints on its effect Monday.

Nilay Patel of theverge.com called it a “totally symbolic victory for Motorola” because the ruling doesn’t mention Apple Germany.

But intellectual property analyst Florian Mueller wrote on his blog FOSS Patents that the real question is whether the parent company would legally be able to provide product to its subsidiary. If deliveries are blocked, it could make it impossible for devices to be sold in Germany in any event.

The law firm Scherer & Körbes wrote on its blog that under the terms of the ruling supplies could “probably be prohibited.”

But Apple remains free to appeal to ruling.