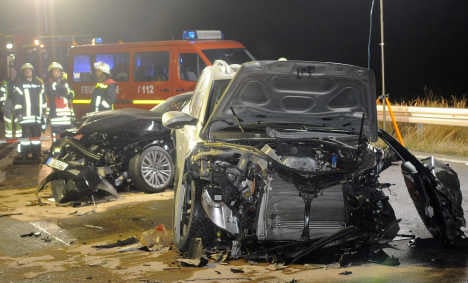 A spokesman for the police in Wiesbaden said the man, 48, was being investigated for manslaughter, not just hazardous driving.

The driver suddenly turned around in the middle of the A3 motorway near Idstein on Saturday evening. Shortly afterwards his car crashed head-on into an oncoming vehicle in the left lane.

That driver, aged 56, died at the site of the accident.

Four other cars were involved in the accident. Police helicopters equipped with infrared cameras were used in the search effort.

On Sunday morning, two people were killed in a separate incident after a man driving the wrong way struck another car on the A96 motorway between Erkheim and Stetten.