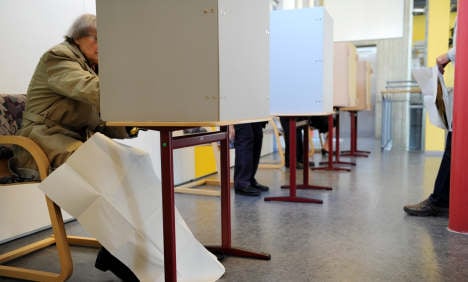 In a survey for the Bild am Sonntag newspaper, polling company Emnid found that only 27 percent of Germans were against the idea of letting voters participate in direct ballots on eurozone issues, while nearly three-quarters were in favour.

Demonstrators in Stuttgart, Munich and Cologne took to the streets on Saturday to demand more direct democracy in Germany, including the right to vote on the future of the euro.

But Bundestag president Norbert Lammert, a member of Chancellor Angela Merkel’s conservative Christian Democrats, told newspaper Frankfurter Rundschau that decisions over tax and budget issues, as well as the European Stability Mechanism (ESM), should not be subject to public referendums.

Greek Prime Minister George Papandreou caused an uproar last week by announcing that Athens would hold a public referendum over a bailout deal struck by EU leaders in Brussels.

Under pressure from European leaders, he cancelled the vote shortly afterwards.

As the Greek debt crisis wears on, many Germans question whether Athens will be able to put its financial house in order. According to the Emnid poll, 63 percent of those surveyed believe that Greece will have to leave the eurozone.