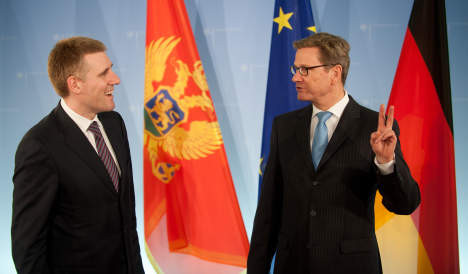 The EU’s executive arm concluded last month that the Balkan nation was ready to begin negotiations to join the 27-nation bloc, and its recommendation will be presented to EU leaders at a summit in December.

But Berlin and Paris argue that Montenegro implemented reforms required by the EU to join, too recently for the leaders to pass judgment as early as December, a diplomat said on condition of anonymity.

A Franco-German document seen by AFP says that by putting off a decision, EU leaders would have time to review the reforms and be able “to take a final decision on the issue of accession talks in June 2012.”

In October, EU enlargement commissioner Stefan Fuele commended Montenegro for progress in fighting corruption and organised crime and said he would recommend that EU leaders agree to open accession talks.