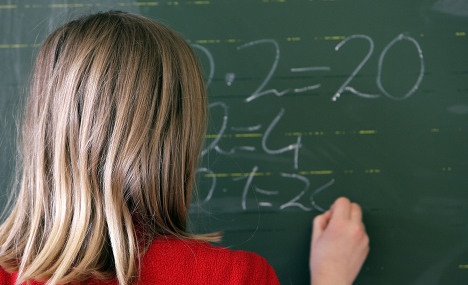 The researchers, Michael Öhler of the Macromedia University for Media and Communication in Cologne and Christoph Reuter from the University of Vienna, first picked out two sounds they determined were the most annoying to people: scratching fingernails on a chalkboard and squealing chalk on a slate.

They then played the sounds to a group of volunteers, half of whom were told their real origin and the other half who believed they came from contemporary music.

The researchers found that people who believed the sounds were art rated them as less grating than those who knew where they really came from, suggesting a psychological component to people’s annoyance.

But they also found that the research subjects had clear physiological reactions to the noises, such as increased heart rate, sweating and blood pressure regardless of their beliefs of the sounds’ origin.

This is apparently the consequence of the pitch frequency of the sounds, between 2,000 and 4,000 hertz, which hits the “sweet spot” at which the human ear is considered to be most sensitive because of the anatomy of the ear canal, the scientists said.

“We supposed that frequencies in the low-to-mid range [of human hearing] would play a major role,” Öhler said in a statement. “But we did not know the exact range. Furthermore, the influence of pitch information was greater than we thought.”

The research, presented at the Acoustical Society of America in San Diego, US, on Thursday, could be useful to scientists hoping to find ways to mask noise from things like vacuum cleaners or aeroplanes.

The results contradict previous research, which suggested that people are disturbed by fingernails on a chalkboard because the noise resembles a primate’s warning call.