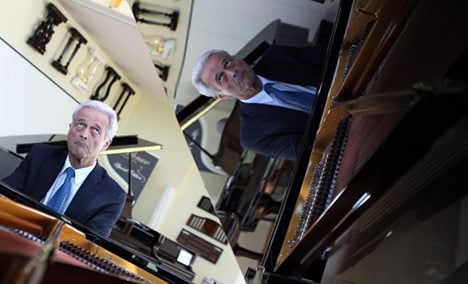 “There are more secrets in one slow movement by Mozart than in the entirety of federal transportation policy,” he told reporters at the launch of the CD in Berlin.

Ramsauer, 57, originally wanted to be a concert pianist. But when he was 17-years-old, his piano teacher warned him to “think twice” about his musical aspirations.

He took the hint and decided to study economics and enter a career in politics – a wise decision, he admitted this week.

He has, however, continued to play the piano on an amateur level, gaining some recognition around the country for the musical talent that he displays publicly from time to time.

Ramsauer said the €6 CD is supposed to reduce road rage, but it’s not clear whether thinking of the transportation minister during a traffic jam might actually make drivers more upset than they normally are.