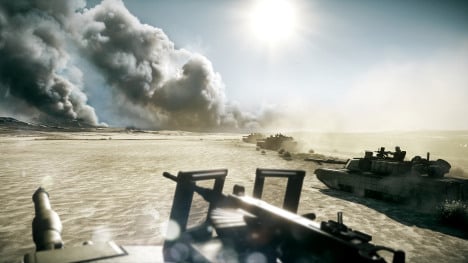 Controversy over Origin, a downloadable client which allows for games to be easily purchased and networked on computers, made German headlines recently because its use is required in order to play the popular new first person shooter, Battlefield 3.

Der Spiegel magazine reported that the service’s terms and conditions appear to be a literal translation from the American terms, which would violate German privacy law.

According to the magazine, the software allows EA and its partners to gather private information like IP addresses and usage data and also lets EA check licensing rights for EA products on a computer without notifying the user.

Thomas Hoeren, professor at the University of Münster, told Der Spiegel that the terms of use were “an outrage” and should be considered “null and void” under German law.

More than 8,000 gamers subsequently signed a petition demanding the company modify its terms and posted more than 2,000 messages on Amazon.de complaining about the situation.

In a later statement to Focus magazine, EA said that it “regrets any confusion” and added that it had modified the conditions of use in order to better protect Germans’ privacy and comply with the law.

Internet privacy has become an increasingly fraught issue for Germans following controversy over how services like Facebook and Google Street View collect and use users’ data.