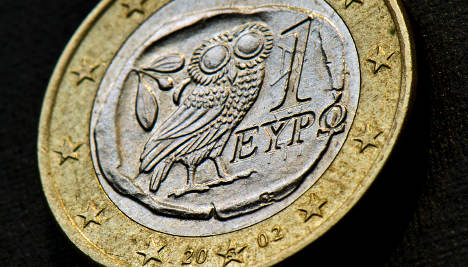 “I believe in the power of arguments,” Schäuble told the daily Financial Times Deutschland.

The second aid package for Greece agreed by Europe’s leaders last week offered “the best guarantee for Greece to return to health in a manageable way and get back onto its legs on its own,” he said. “I expect that Greece will respect and fulfil its agreements and duties.”

The eurozone will continue to support Greece if it wants to remain in the single currency and presses ahead with necessary reforms, he added.

“If Greece will accept the burden and efforts required by the aid programmes, if it wants to stay within the eurozone, then we will support it,” Schäuble said. “The crisis can only be overcome if we stick together.”

In a separate interview with the regional daily Hamburger Abendblatt, Schäuble said regarding the unexpected referendum that it would be “helpful if we could have clarity as soon as possible about which path Greece wants to take.”

And he added: “We assume Greece is aware of its responsibility and will continue to support measures that have been unanimously agreed by everyone.”

Greek premier Papandreou’s announcement Tuesday of a confidence vote and then a referendum on the debt deal triggered turmoil on the world’s stock markets, as it wrongfooted EU leaders who had laboured hard to put the rescue package together last week.

German Chancellor Angela Merkel and French President Nicolas Sarkozy have summoned Papandreou to a meeting late on Wednesday, on the eve of the opening of the G20 summit in Cannes.

Germany’s member of the European Commission, Günther Oettinger, said the decision of Greece’s prime minister to put its EU bailout to a referendum has “endangered” the single currency.

“The situation is difficult enough and now we are losing at least three months to save the euro,” Oettinger, the EU energy commissioner, told daily Die Welt. “Of course a referendum is above all a Greek political matter. But it contains large risks for Europe.”

Asked his view on George Papandreou’s actions, Oettinger said: “Subjectively, I can partly understand what he is doing. Objectively, he is putting the euro in even greater danger.”