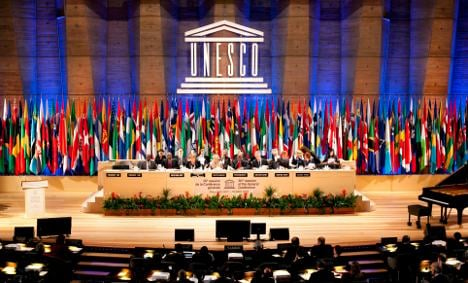 The Palestinians won the necessary two-thirds majority from UNESCO’s 193 members. But while Germany and the Netherlands voted against Palestine’s admission, France and other EU members voted in favour. The US and several European countries reportedly tried unsuccessfully to pressure the Palestinian Authority into withdrawing its application over the past few days.

The US is now threatening to stop its payments to UNESCO, said to be worth €50 million a year, or approximately one fifth of the organization’s total budget.

Just as with the bid for full UN membership in September, European Union countries failed to find a common policy on Palestinian statehood. Of the EU’s 27 members, 11 voted in favour, 11 against, while five abstained, including Britain.

The German Foreign Ministry defended the government’s decision to protest against the admission. “A complete and just two-state solution remains our aim,” a spokesman said, before adding the German government believed that the UNESCO process could not prejudice Palestine’s application currently facing the UN Security Council.

“On top of that, there is a danger that the UNESCO application could burden the difficult indirect negotiations between Israel and the Palestinian Authority being mediated by the Middle East Quartet,” the spokesman said.