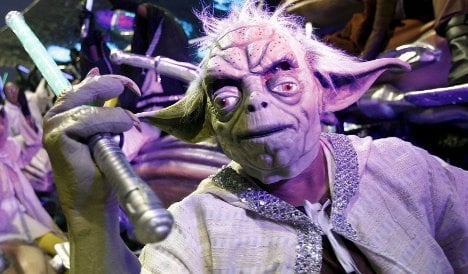 Not the Jedi master in question. Photo: DPA

In the early hours of Sunday morning, a 42-year-old male driver, resplendent in his Yoda costume, had a minor collision with a pedestrian and sped off in his car, only to be collared by a police vehicle two minutes later.

The pedestrian was left with only light injuries following the accident, but the Jedi master look-alike found himself on the wrong side of the law and, despite his green mask, was left decidedly red faced.

“The officers were especially surprised to see … Grand Master Yoda at the wheel,” said the statement from police in the city of Darmstadt, near Frankfurt in western Germany.

It appears Yoda had enjoyed his evening too much to be driving and authorities took him to the station, confiscated his licence and took a blood sample. “The hapless Jedi returned home on foot,” said police.

“In this case, the force was not with him.”