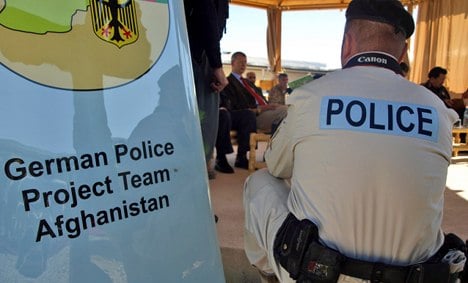 The report in the Bild newspaper did not site its sources. But it said the Taliban likely even knew about German President Christian Wulff’s surprise visit to Afghanistan two weeks ago.

Pakistan denied the report to the Reuters news service.

But Germany’s Interior Ministry, responsible for the 180-person German Police Project Team (GPPT) that is helping train Afghan police, told The Local there had been indications of Pakistani espionage that could not be confirmed.

According to Bild, Pakistan’s Inter-Services Intelligence (ISI) agency was able to intercept e-mail communications between the German Police Project Team (GPPT) and Berlin. The GPPT has 180 officers helping to train Afghan police.

Names of federal agents, deployment orders and reports to Berlin are all among the things that may have been intercepted because the GPPT had been using unencrypted software to send messages due to budget problems.

“We have opened the door to the enemy,” one unnamed German government official told Bild.

The breach was first discovered by Germany’s BND intelligence agency during updates of computers because they were running slowly, according to the newspaper.

The report is likely to be of interest to countries allied with Germany because they often communicate over computer with the Bundeswehr in Afghanistan. But its not yet clear if security forces other than the GPPT may have been spied upon.