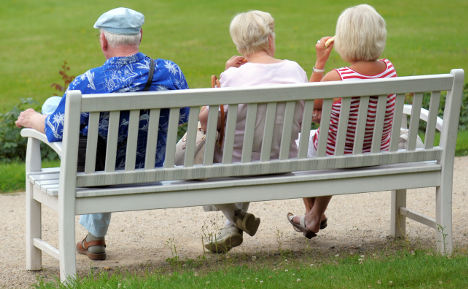 The report will serve as the basis for government policy to cope with the dramatic decline.

“The management of demographic change is one of the major tasks for the future,” said Friedrich at a press conference in Berlin.

He also said the survey could provide a stimulus to modernize the country, which has become increasingly concerned about its ageing population and declining birth rate in recent years. Statisticians now expect that the German population will plunge 21 percent to 65 million by 2060.

The five eastern states, formed after the reunification of West Germany with its formerly communist East Germany, will be most heavily affected by the population decrease.

In Saxony-Anhalt, for example, the population is expected to shrink by 42 percent. Neighbouring Thuringia will also see a 41-percent loss in inhabitants, while Mecklenburg-Western Pomerania will experience a decline of 36 percent.

Other states, though not completely unaffected, will face smaller decreases in comparison. Bremen and Bavaria will decrease by 14 and 15 percent, respectively. Hamburg should only shrink by six percent.

Nearly 82 million people currently live in Germany. As more and more people are living longer, though, the number of working citizens is declining. According to the study, 49.8 million of Germany’s inhabitants are aged 20 to 64. Authors of the report expect there to be approximately 6.3 million less people in 2030, and by 2060, every third person in Germany will be at least 65 years old.

Simply speaking, Germany’s population is shrinking because more people are dying than are being born. A stronger rise in birth rates or mass immigration of younger people could help mitigate but not eliminate the problem.

Furthermore, the demographic change will affect almost all areas of life. In 2010, approximately 2.42 million people were dependent on care. According to the report, the number could rise to 3.37 million people by 2030.

CONFRONTING CORONAVIRUS
Some Swedish care homes have had no cases of Covid-19 – what did they do right?
Url copied to clipboard!