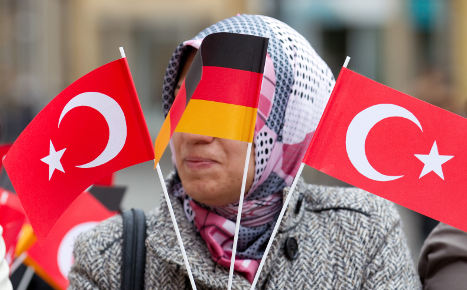 They came as so-called “guest workers,” invited to come make some money and contribute to Germany’s economic boom – and leave. But 50 years later there are up to four generations of Turkish people living in Germany. So how has the second biggest ethnic community helped shape modern Germany?

How does the Turkish community contribute to German life, aside from the döner kebab?

What kind of people were the first Turks who came to Germany 50 years ago?

When the first Turkish people came to Germany, admittedly people were more interested in their labour than what they were bringing culturally, as it was German companies who would employ workers with a low level of qualifications. The applicants had medical and dental check-ups in Istanbul, but it was not important whether they could read or write.

What went wrong in the integration process?

We thought that after two years, they would go back home. No-one really thought about the education of their children because the public attitude remained that Germany wasn’t a country for refugees. Later, Turkish people were accused of not wanting to be integrated themselves, nor wanting to learn German. But it was a problem that we, as Germans, created ourselves. Max Frisch summarised this in the famous quote: “We wanted a workforce and got people.”

In hindsight, how would you judge this cultural change?

On the whole I would say it has been a positive development. For example, here in Paderborn we have more and more students with a Turkish background studying at the university. Now, the first Turkish teachers who were born in Germany are teaching in schools. Despite there still being a way to go, the social gap between of people with an immigrant background and those without is closing.

What has changed since their arrival?

Coming from Turkey means something rather different than it did 40 or 50 years ago. For me, this change began to become apparent when Turkish film maker Fatih Akin won the Berlinale award for “Gegen die Wand” (Head-On) and even the Bild newspaper hailed it as a German success. Additionally, Turkish pop culture, discos and German-Turkish comedians with names such as Django Asül or Bülent Ceylan all maintain a certain credibility and scope today. Or even actors like Mehmet Kurtulus und Sibel Kekilli who’ve managed to crack the ultimate in German TV – Tatort. I suppose they represent a whole new cultural identity limbering up.

What about in the sporting world?

In previous years, it wouldn’t have been so easy for the German nation to accept that someone like Mezut Özil would be a star footballer on their national team. But these days, the German mind-set is starting, at least partially, to accept that we’re becoming a multicultural society.

How are things on the whole at the moment?

Migration has had a positive effect on German society: we’ve just all got to come to terms with the unfamiliar. But on the other hand the success of the anti-immigration Thilo Sarrazin book indicates to me that a level of rejection does still exist.

What do nationality and citizenship mean to people today?

The debate over dual citizenship is somewhat out-dated now. There are people living here with dual citizenship and we are expecting even more to relinquish their purely Turkish roots. Regarding dual identity there’s one anecdote that I like to recall: When the first student with Turkish heritage from Paderborn went to study in Istanbul, I visited her and it was December. One afternoon she said to me: “Everything’s going really well, but I’m missing the Christmas markets.”